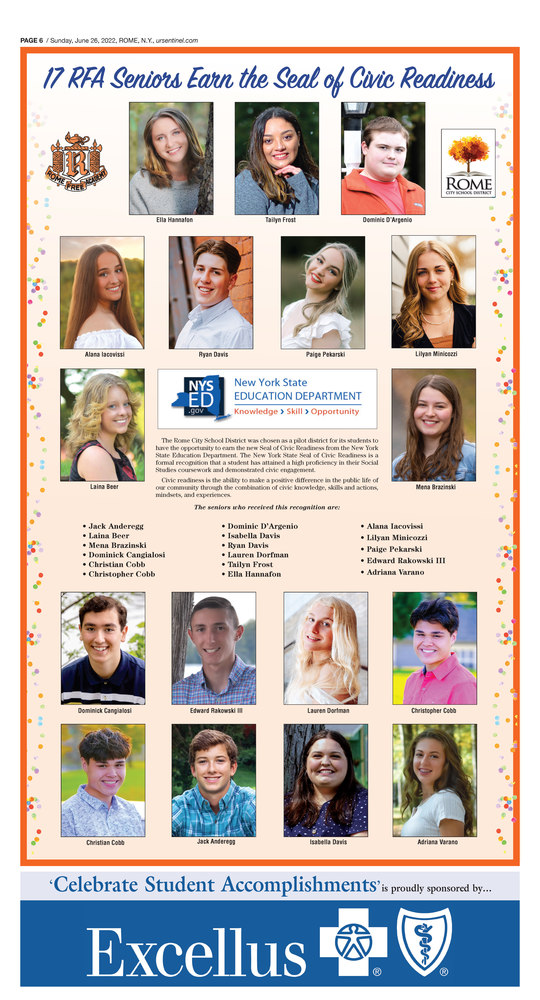 Congratulations to the 17 RFA seniors who earned the Seal of Civic Readiness from New York State Education Department. They will have a seal on their diploma they receive tomorrow and received a special medal.

The Rome City School District was chosen as a pilot district for its students to have the opportunity to earn the new Seal of Civic Readiness from the New York State Education Department. The New York State Seal of Civic Readiness is a formal recognition that a student has attained a high proficiency in their Social Studies coursework and demonstrated civic engagement. Civic readiness is the ability to make a positive difference in the public life of our community through the combination of civic knowledge, skills and actions, mindsets, and experiences.

The seniors who received this recognition are:

Also, there will be a full page in the Daily Sentinel on Sunday, June 26, 2022. "Celebrate Student Accomplishments" is proudly sponsored by Excellus BlueCross BlueShield