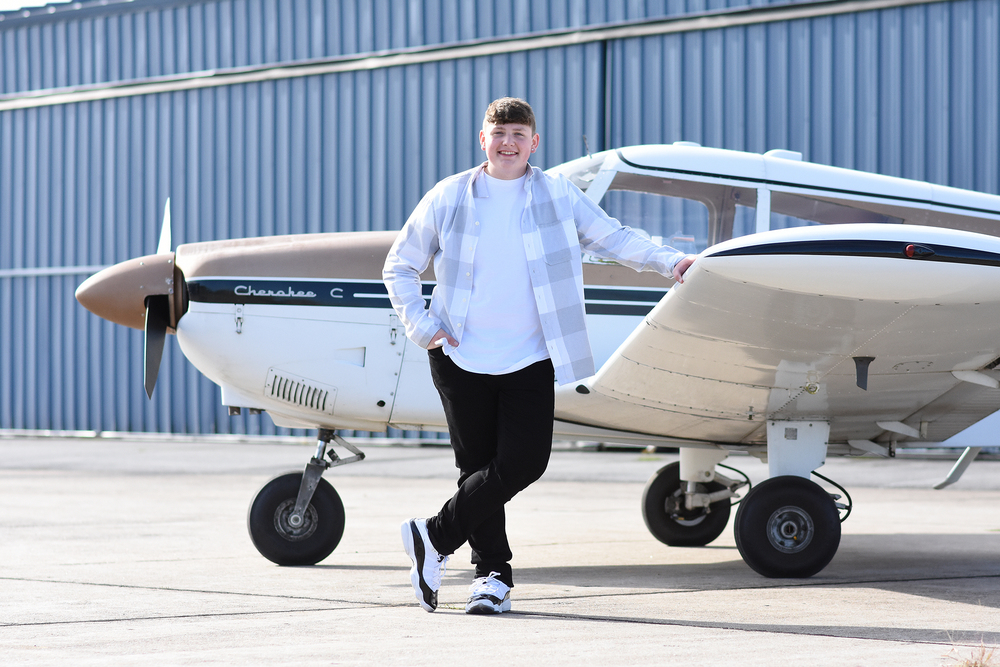 Time and circumstance might have set Logan Wright on the course he is on now. An RFA Senior, Logan’s house burned down when he was just 6 years old. Thankfully he and his family were not in the house at the time, but it was that experience that set his sights on the sky. “After that happened I thought about becoming a firefighter, but I also wanted to become a pilot. When I started looking at career choices, I read about aerial firefighting and I knew that was the what I wanted to be,” he said.

Wright is a first-year student in the JROTC program. His sister Myia was also part of the program for two years, before she graduated in 2021. His instructor is Master Sergeant, Della Pray. “I met Logan two years ago and struck up a conversation with him. He expressed his interest in being a pilot and I encouraged him to take my program, she said. It took another year of convincing Logan, but now he is enrolled in the JROTC program. “JROTC isn't just for students interested in a military career, it helps all student with life skills, leadership skills and career planning,” said Master Sergeant, Pray.

After graduation in June 2023 he will attend Farmingdale State College in Suffolk County, New York to study Aviation. He plans on moving to California after college to become an aerial firefighter.