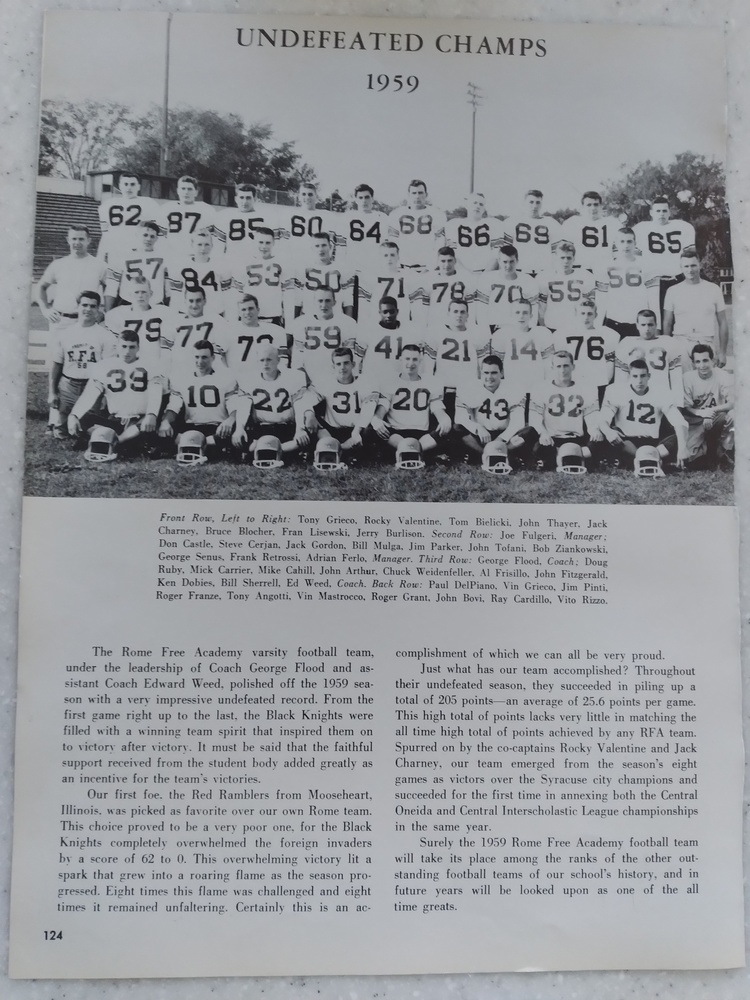 As most people are aware, Rome Free Academy is deep in tradition when it comes to its football teams.  RFA has had many championship football teams in the past but the one team got the ball rolling for a winning program over the next 40 years including a winning streak for over 5 seasons from 1964 to 1968

This evening, the RFA Football team is honoring three players from the 1959-60 football team, the very first undefeated team in RFA history. They also succeeded for the first time in winning both the Central Oneida and Central Interscholastic League championships in the same year.  The players who will be in attendance tonight are:  Jack Charney, Halfback and co-Captain, Mick Carrier, Center, Jack (Flash) Gordon, Linebacker. The team averaged 25.6 points per game, a total of 205 points for the season. They are here celebrating their 60th Class Reunion.

Jim Parker,  who played halfback, went to Ohio State and was drafted by the Pittsburgh Steelers.  He passed away in 2016.  He, Jack Charney and another player, Jim Pinti, and their coach, George Flood are in the Rome Sports Hall of Fame.